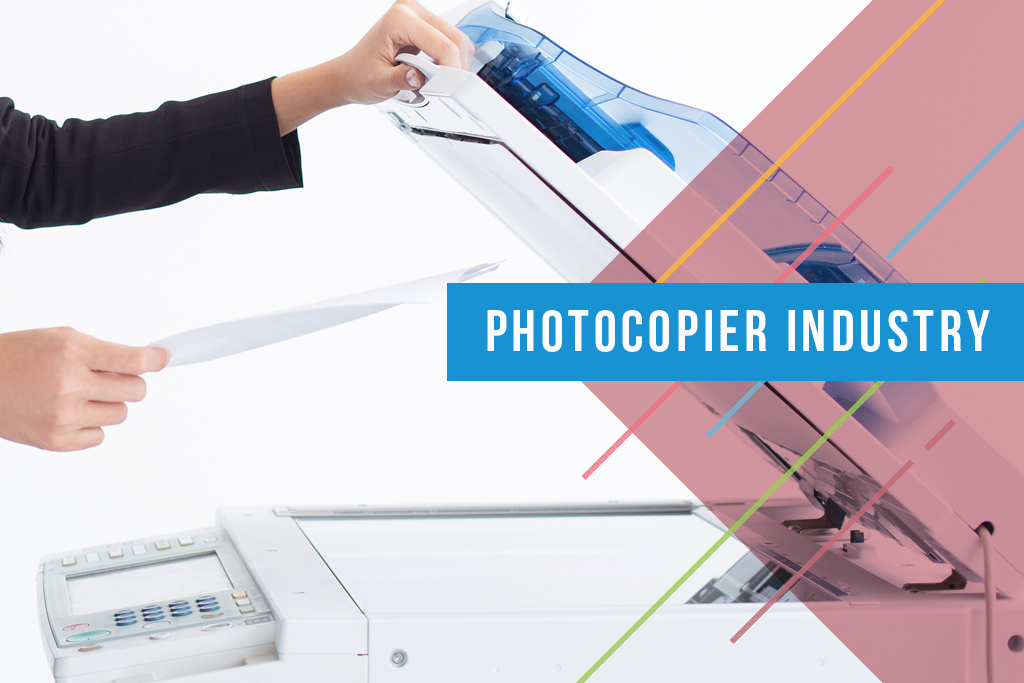 Brief History of the Photocopier Industry

A photocopier, or copy machine, is a device that allows users to create copies of documents or images through a process called “xerography.” This equipment was officially invented in 1937 by Chester Carlson.

Carlson used to work at a patent office in New York and his job required him to make large copies of documents every day. He thought this task was frustrating and time-consuming. Using static electricity and photoconductivity, he conducted several experiments to come up with a more efficient way to transfer images from one piece of paper to another.

When he was finally able to create his first copying machine, Carlson approached several companies to help him develop his invention but they all turned him down. After several years, a company called Battelle Memorial Institute agreed to help him out. In 1946, they signed an agreement with Haloid Company. Later on, Haloid Company became known as Xerox Corporation.

The first automated photocopier machine was produced by Xerox in 1959. This turned out to be a huge success. Before this invention, copying a document was a long and strenuous process that had to be done by hand. That’s why the copier machine is considered as one of the most important inventions in the 20th century. Over the years, Carlson’s idea became the foundation of the photocopier industry.

The Relevance of Copy Machines in Offices

Anyone who has worked in an office knows the importance of having a photocopier in the workplace. This machine is considered as one of the most important equipments in the office. It helps employees to complete their tasks quickly and efficiently.

When it comes to generating duplicates of a document, copiers are a lot faster than printers and they don’t use as much ink. Based on research, these equipments can help you save a great deal of time, money, and other resources in the long run. Studies also show that having an efficient copier can significantly increase productivity among employees and enhance your business.

The Evolution of Photocopiers

Technology has come a long way since the 70s when Chester Carlson invented copy machines. Today, photocopiers are widely used in schools, businesses, and offices and they have evolved into advanced machines with many useful features. These are just some of the most common types of copy machines in the market today: