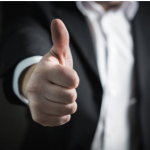 YOU’VE JUST GOT a new printer from a copier service provider. The attendant with a northeastern accent, who assisted you throughout the procedures had been very helpful.

He guided you patiently from filling out of forms to giving you the in-depth explanation of each device’s features to satisfy your needs for leasing printers ideal for your start-up business.

He helped you carried the machine to your car. After placing the printer on the backseat, he stood by as you closed the car’s door.

Happy with the great service you received, you gave him a thumbs-up with an unintentional sharp upward jerk as you moved quickly to open the door to the driver’s seat.

Instead of a smile, you got a furious face as a response, followed by an immediate face-about as the man walked off hurriedly back to the shop, murmuring angrily to himself.

Puzzled, you asked yourself, “what did I do?”

A thumbs-up sign may seem friendly and harmless to you, but not for those who came from the opposite side of the world where the culture is entirely different.

Inevitably, cultural differences in body language exist more than you’ve ever thought of it.

In fact, according to Allan and Barbara Pease in their book entitled, The Definitive Book of Body Language, in areas with dominant British influences like the USA, Australia, New Zealand, South Africa, and Singapore, the thumbs-up gesture imply three different meanings. The first is commonly used by hitch-hikers who are thumbing a ride; second, it is used for the OK signal, and third, is a putdown and an insult, meaning, “sit on this,” or “up yours,” more so when done with a sharp upward movement.

If the thumbs-up gesture is slightly thrust forward, particularly how they use it in Greece, it means, “get stuffed!”

As you drove out of the printers leasing company, still clueless about what happened with the attendant, you tried hard to recall what the culprit of the problem was, but, the only thing that ever occurred in your mind is the “thumbs-up” gesture you gave the man.

If your location is around New York, you may also visit Copier Lease New York and Copier Repair New York or call Service Location NEW YORK : (866) 620-2287