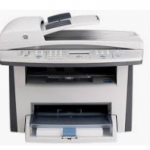 The printing industry has surged in popularity due to the advancement in technology for the past several years. Most manufacturers developed a wide array of printer options with a variety of distinct features for daily operations. Small-scale businesses and multinational companies seek printer devices which can meet their daily business requirements and produce high-resolution text documents at low cost.

Hewlett Packard or commonly known as HP released a multifunction printer in 2005, the HP LaserJet 3055 All-in-One Multifunction Printer, which combines laser print technology with basic functionalities such as scan, fax, and copy. It is a compact size laserjet printer which measures 19.6 inches wide, 16 inches deep, and 15.5 inches high, while it weighs 26.45lbs. Users must install the printer drivers and full software package included in the box to use the printer with computer hardware.

This multifunctional printer offers the consumers a fast printing up to 19 ppm (paper per minute) and high-quality printouts of up to 1200 dpi (dots per inch).

HP incorporated all essential functionalities of a printer — printing, copying, faxing, and scanning — in the LaserJet 3055. It allows users to utilized these versatile features for daily business operations.

The Downside of HP LaserJet 3055

The most evident deadfall of the HP LaserJet 3055 All-in-One Multifunction Printer based on user reviews is the software incompatibility.

If the computer hardware of the end-buyers meets the minimum requirements to install the software, they have two installation options from the CD included in the package of the LaserJet 3055 all-in-one. A printer driver software allows the computer to communicate with the HP LaserJet 3055 model to access the advanced features of the product which include watermarks insertion, documents resizing, and custom-sized printing.

There are several supported printer drivers for Windows-based operating systems such as Windows 98, Windows Millenium, Windows 2000, Windows XP, and Windows Server 2003 included in the CD or available on the official website of HP. However, HP clarified that not all product features are available from all drivers or operating systems like Windows Vista.

Based on one review from newegg.com, although HP released a Vista driver in 2007, the LaserJet 3055 was still unreliable in Windows Vista, and the scan function did not work consistently. Another consumer reviewed the product in Amazon and stated that the printer device caused several problems to the computer hardware including hard drive crash and slow processes due to CPU hogging. Moreover, the user added that if he connects the LaserJet 3055 to the USB port of the computer hardware, it disables all other devices connected to the port.

The cost of multifunctional printer devices does not come inexpensively especially for well-established brands like Hewlett Packard. Before deciding between purchasing or leasing a printer device, business owners and home employees within a budget should consider several factors such as the value of the investment, durability, and quality of the printer. In today’s economic market, small-time businesses and even multinational companies turn to refurbished or leased copiers to reduce their financial cost.

If your location is around Phoenix you may visit Copier Lease Phoenix, Copier Repair Phoenix and Copier Rentals Phoenix or call Service Location Phoenix (602) 428-6500